Fostering Film Gets the Hollywood Treatment

A new film launch focusing on the need for foster carers to work with Looked After young people will be getting the red-carpet treatment in Birmingham as part of the launch of Foster Care Fortnight.

Fostering services from 16 local councils and trusts across the Midlands have been working in collaboration to produce a new film, There Was A Boy. The film will be launched on Monday 14 May at the Everyman cinema in Birmingham. The premiere will mark the beginning of The Fostering Network’s Foster Care Fortnight, the UK’s biggest foster care recruitment campaign which runs from 14 - 27 May.

The Fostering Network's chief executive Kevin Williams said: "There are thousands of fantastic foster carers from every walk of life who are proud to foster – but there is a need for more people who think they might have the skills and experience to foster to come forward.

"There is a particular need for people to foster teenagers, so anything that can be done to raise awareness of this is to be welcomed. It’s a credit to each of the councils and trusts involved in this film that they have come together to collaborate on such a high-quality film that clearly conveys both the impact that foster carers can have and the urgent need for more foster families across the Midlands."

"As a foster carer, you really can change lives and There Was A Boy really captures the impact that good foster carers can have on the lives and the futures of our young people. "I would urge everyone to watch the film, think about what it's saying and share it with your friends, family and colleagues. Let's really get the conversation going – what can you do to help?"

There Was A Boy is the second film produced through the West Midlands Regional Fostering Recruitment Forum, to promote foster care across the region and focuses on the need to help at risk teenagers, following last year's Royal Television Society (Midlands) nominated Giants.

The three-minute film is both hard-hitting and ultimately uplifting as it tells the story of Daniel and the two possible courses his life can take. Two alternative realities, one with the benefit of foster carers and one without. One life with possibilities, one without.

First, we see the outcome of Daniel being given a chance thanks to his foster carers and taking that opportunity. Then we see a troubled teenager who lacks guidance and, without that, focus or motivation drifts into making the bad decisions that will ultimately have a massive impact on Daniel's future.

By working in partnership, an extremely high-quality film has been made at a very low cost to each participant, and it will be used by each of the partners to promote fostering in their local area.

The film will be available to view online from midday on Monday 14 May. For more information, and to watch the film, visit www.sandwellchildrenstrust.org/fostering 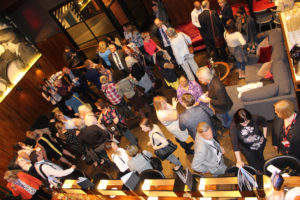